Recorded on the 5th of December 2016 in front of a live audience in Blackwell’s Bookshop, Oxford. David Freeman hosts this episode of Ex Libris After Dark where he is joined by

Jasper Fforde – the critically acclaimed and bestselling author of the genre bending Thursday Next novels, as well as the brilliant dystopian Shades of Grey series (not to be confused), and The Last Dragonslayer, the film adaptation of which Sky will release on Christmas Day

Lisa Dickenson – an award winning author of wonderfully comic, romance novels. In true Yultide spirit, her much awaited book. Mistletoe on 34th Street, will add a spark of humour and magic to the Christmas season.
Kim Newman (aka Jack Yeovil) – an expert on horror and sci-fi cinema, as well as an award winning author whose work includes the irreverently referential Anno Dracula and, his latest novel, the witty and thrilling Angels of Music.

And
Maureen Freely – who is not only a journalist, a novelist, a professor of literature, and a translator but she is also the President of English PEN, the founding centre of the global writers’ association that promotes freedom of expression and literature across frontiers. 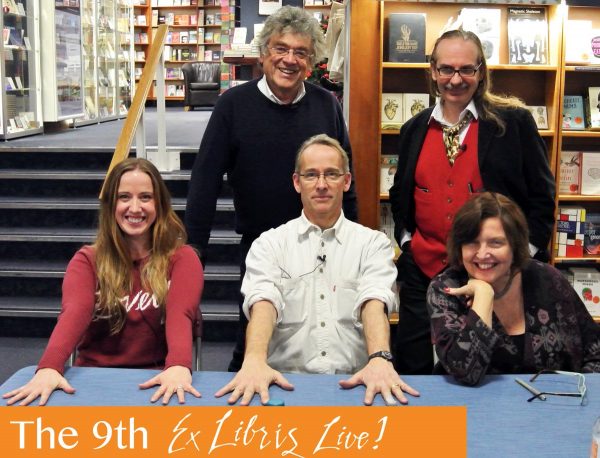 Jasper Fforde’s works including the Thursday Next novels, and the Shades of Grey series can be found here.