Sarah Churchwell, Cally L Taylor, Danny King and Rod Duncan join our host David Freeman for this episode of Ex Libris After Dark, recorded in front of a live audience in Blackwell’s Bookshop, Oxford on the 30th of May 2017

Sarah Churchwell, the Professor of American Literature and public understanding for eh humanities at the University of London. She is also a journalist, and an award-winning author and a renowned Scott Fitzgerald expert. He latest critically acclaimed book is Careless People: Muder, Mayhem and the Invention of The Great Gatsby.

Cally L Taylor is the Sunday Times bestselling author of the psychological thrillers that include The Accident, The Missing and The Lie (Just optioned for TV). She will be discussing her latest book, The Escape, which has been described as ‘a dark and utterly gripping read’

Danny King is an actor, an award-winning author and a BAFTA nominated screen-writer best known for Wild Bill and Thieves Like Us the six part BBC 3 comedy he adapted from his book, The Burglar Diaries. King will be discussing his latest work, the black comedy vampire movie, Eat Local.

Rod Duncan is a creative writing lecturer, a screenwriter and an award-winning author. His latest work, The Custodian of Marvels is the third in his highly popular steam-punk series, The Fall of the Gas-Lit Empire, which is set in the aftermath of a revolution that has reined back technology.

Children Of The Matrix – David Icke

The next episode of Ex Libris After Live Will be available in two weeks. 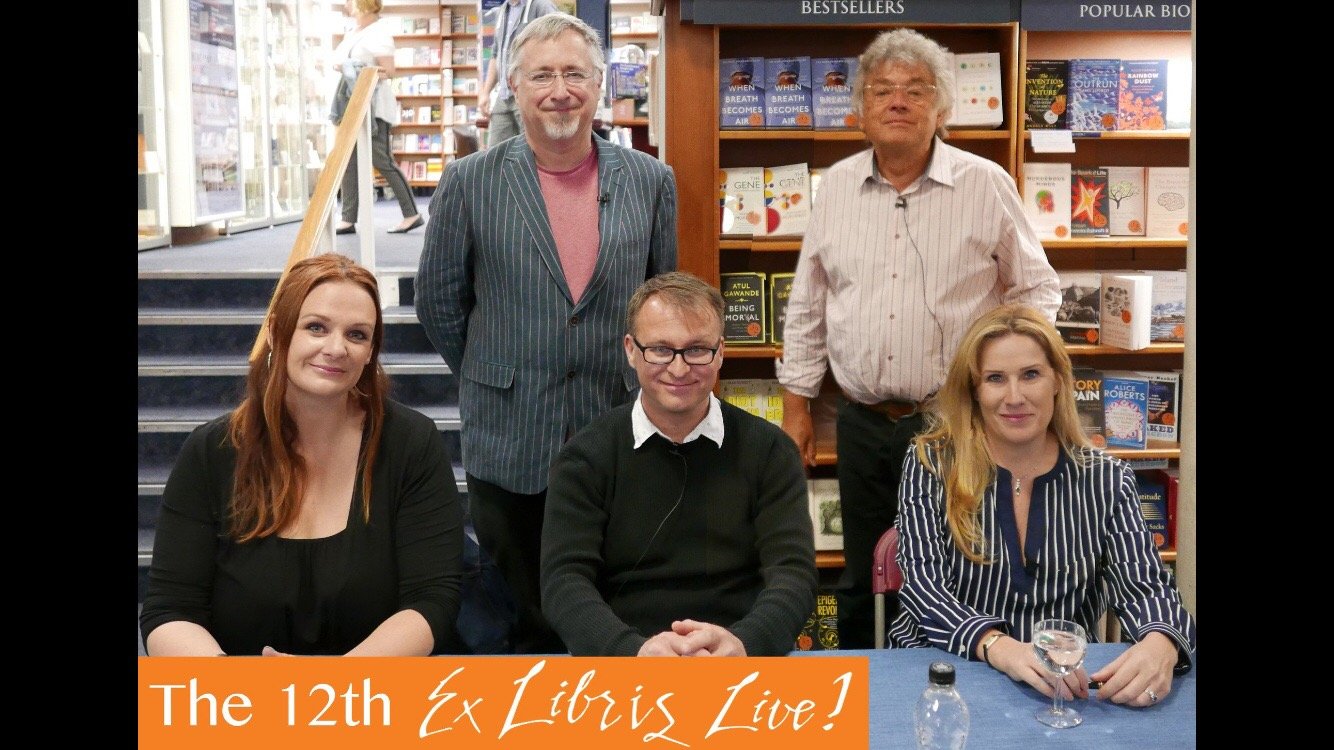