Scarlett Thomas, Angela Saini, Alex Preston and Natasha Pulley join our host David Freeman for this episode of Ex Libris After Dark, recorded in front of a live audience in Blackwell’s Bookshop, Oxford on the 28th of June 2017

Scarlett Thomas not only teaches creative writing at the University of Kent, but is also the multi-award winning author of nine novels that include The End of Mr Y and PopCo. Thomas will be discussing her latest work; Dragon’s Green, which is her first work of fiction for children.

Angela Saini is an acclaimed science journalist, presenter and author, whose work appears in such diverse journals as New Scientist, The Guardian, The Economist, and Wallpaper. Saini will be discussing her latest book; Inferior: How Science Got Women Wrong and the New Research That’s Rewriting the Story.

Alex Preston is a journalist and author, possibly best known for In Love and War, which was a highly popular BBC Radio 4’s Book at Bedtime in 2014. Preston will be discussing his latest work, As Kingfishers Catch Fire, which has been described as an ‘ornithology, literary anthology & autobiography’

Natasha Pulley is the author of the international bestseller, The Watchmaker of Filigree Street, which was described as an ‘electrifying debut’ and ‘a triumph of speculative fiction.’ Pulley will be discussing her latest book; The Bedlam Stacks. 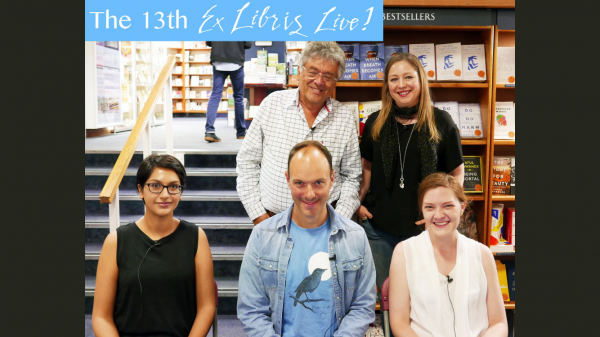