Rachel Clarke, Suellen Dainty, Sophie Hopesmith and R.E.J. Karlsson join our host David Freeman for this episode of Ex Libris After Dark, recorded in front of a live audience in Blackwell’s Bookshop, Oxford on the 12th of July 2017

Rachel Clarke was a TV journalist before deciding to retrain as a medic. She is now an NHS hospital doctor and the winner of the Medical Journalists’ Association award for blogger of the year. Her first book, Your Life in My Hands, seeks to capture the truth about life on the NHS frontline.

Suellen Dainty is the author of After Everything. An Australian, she was a writer for the Sydney Morning Herald before moving to London where she became the producer and director of the original series of The Book Show on Sky. Dainty will be discussing her latest novel, The Housekeeper.

Sophie Hopesmith describers herself as a reader, writer and seeker of the sublime and the ridiculous, who laughs in the dark. Her debut novel, Another Justified Sinner, is a black comedy about the rise and fall of Marcus, a ‘slippery sinner’.

R.E.J. Karlsson is a linguist who has spent his time post university split between teaching and researching for his forthcoming (yet to be named) podcast which will cover many aspects of language and linguistics.

Getting Lucky With The Leprechaun, by Audrey Bloom 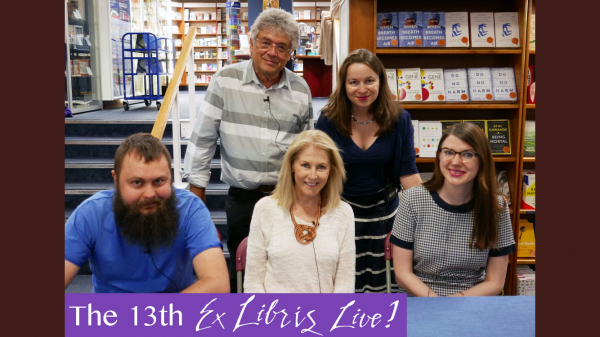 You can follow @rhysejdanino to keep up on R.E.J. Karlsson’s works