Non Pratt, Lisa Williamson, Rowan Hisayo Buchanan and Zoe Gilbert join our host David Freeman for this New Year’s episode of Ex Libris After Dark, recorded in front of a live audience in Blackwell’s Bookshop, Oxford on the 12th of December 2017

Non Pratt is the author of Trouble, a witty and irreverent book about sex and friendship that established her as a leading figure in Young Adult fiction. Non will be discussing her latest book Truth or Dare, a powerful and moving novel about bravery.

Lisa Williamson is an actor and author. Her multi-award winning debut novel, The art of Being Normal, is an engaging and sensitive portrait of a transgender teen. Williamson’s latest book, All about Mia, is set to be another compelling work of YA fiction.

Rowan Hisayo Buchanan is a British-Japanese-Chinese-American novelist. Her award winning debut novel Harmless Like You, is described by the Boston Globe as ‘Visceral, startling and mind-bendingly gorgeous’.

Zoe Gilbert is a Costa Short Story away wining writer whose short stories are often inspired by folklore or folk tales, and have been published in many diverse anthologies and journals. Gilbert will be discussing her  piece in Conradology.

I Slept With a Yeti One Time… Is he the Father? by M. L. Sawyer

The next episode of Ex Libris Live Dark Will be available in January 2018. 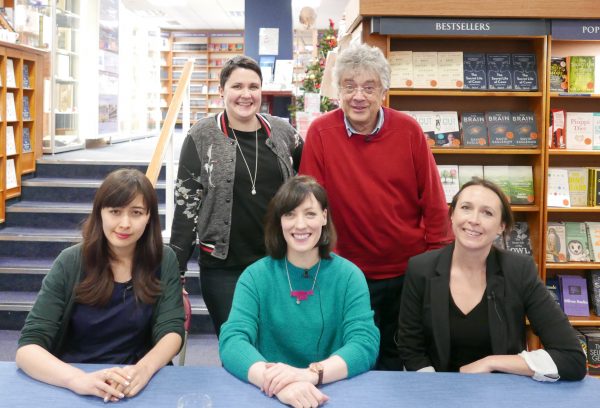