Recorded on the 19th of July 2016 in front of a live audience in Blackwell’s Bookshop, Oxford.

In the Ex Libris Live! Extras podcast (coming soon), you’ll be able to hear David talking with each of our guests in turn about their past work and current projects. 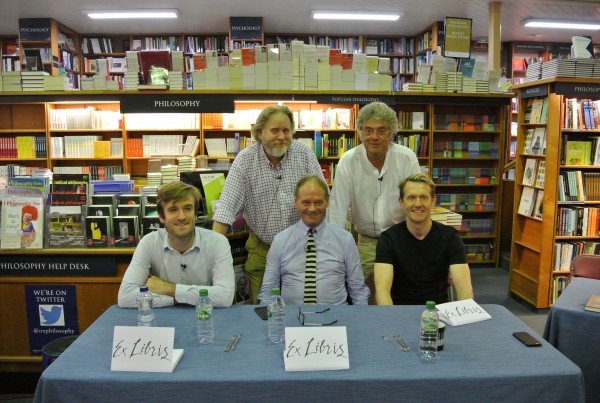 John Lloyd is a producer, writer and presenter best known for iconic shows such as; Spitting Image, Blackadder, QI, and author of The Meaning of Liff. His books are available here.

Stevyn Colgan is not only witty but also very wise, as a QI Elf, artist and author of Why did the Policeman Cross the Road? His book is available here.

Tom Whipple is the science editor at The Times and, as a consummate games player and renowned bad loser, has written How to Win Games and Beat People, which is available here.