Helen Lederer, Thomas Mogford, Orlando Ortega-Medina and Ross Welford join our host David Freeman for this episode of Ex Libris After Dark, recorded in front of a live audience in Blackwell’s Bookshop, Oxford on the 24th of April 2017

Helen Lederer – comedian, actor and author. Her first novel, Losing it, has been described as ‘A wickedly amusing debut novel’ – The Telegraph,  ‘Funny and sharp and horribly true’ – The Times, ‘A wry and witty rallying call for women of a certain age…VERDICT: 5/5 ‘ – The Express and ‘Packed with hilarious scenes that had me laughing out loud, Losing It is an easy to read book that is hard to put down’ – Huffington Post

Thomas Mogford – Author known for the Spike Sanguinetti series of crime novels. His books have been shortlisted for the 2013 CWA New Blood Dagger Award and The Crimefest’s eDunnit award (in 2014 and 2015). His book “Sleeping Dogs”, was chosen as one of The Guardian‘s ‘Best Holiday Reads’ of 2015. The fifth Spike Sanguinetti novel, “A Thousand Cuts”, was published  February 2017, and was hailed by The Sunday Times as ‘a traditional and thoroughly satisfying crime novel’.

Orlando Ortega-Medina – Lawyer and author. Orlando is a US born British-Canadian author of Judeo-Spanish descent via Cuba. He studied English Literature at UCLA and has a Juris Doctor law degree from Southwestern University School of Law. At university he won The National Society of Arts and Letters award for Short Stories. Jerusalem Ablaze: Stories of Love and Other Obsessions is his first published collection. Orlando resides in London, where he practices US immigration law.

Ross Welford – Journalist and author. Ross’ first book Time Travelling With a Hamster has been described as (a) ‘funny, heart-warming race-against-time – and across generations – adventure that you will won’t be able to put down.’ And his new book What Not To Do If  You Turn Invisible was released earlier this year. 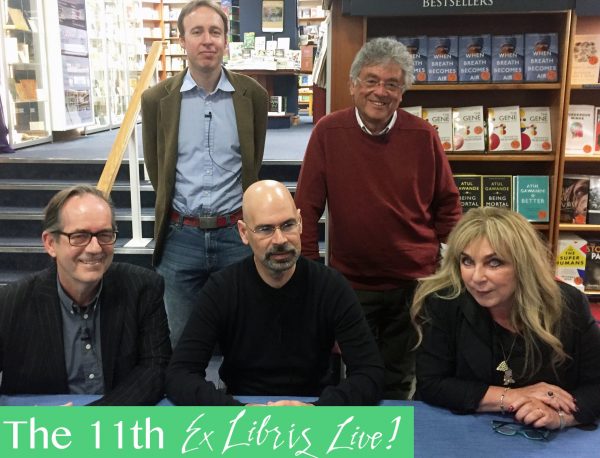