The written word cast its spell on me first

on the day I realised that

I remember well that day. Playing on a beach, my father picked up a stick and drew the above marks in the sand, and told us that this is what they meant. BUT only if put in a particular order. I thought my father was a magician and this was magic!

Boggle on the beach

Playing word games on a beach with Dad was a recurring theme throughout my youth.

Of course we played Scrabble, but as this tends to drag a bit towards the end, and we’re an impatient lot – it was fast and furious Boggle that became a family favourite. Living in Accra, Ghana, at the time, the Sunday ritual involved packing a picnic and taking off for PramPram beach to spend the day with friends; swimming, drinking beer, eating (usually a damn good chicken curry, my mouth waters at the thought) and playing endless word games, sometimes Scrabble, but always Boggle.

Boggle remained my favourite word game for years, and I love and play it still – but for me now, nothing can compare with the exhilaration of playing Anagram. Though frequently beaten by people far better at juggling words than I’ll ever be  ( eg my nephew Anthony is a fiend at this game), I would rather be humiliated playing Anagram than win at any other word game. It’s not just good or better than all the rest, Anagram is simply the best…..er, though I say so myself! 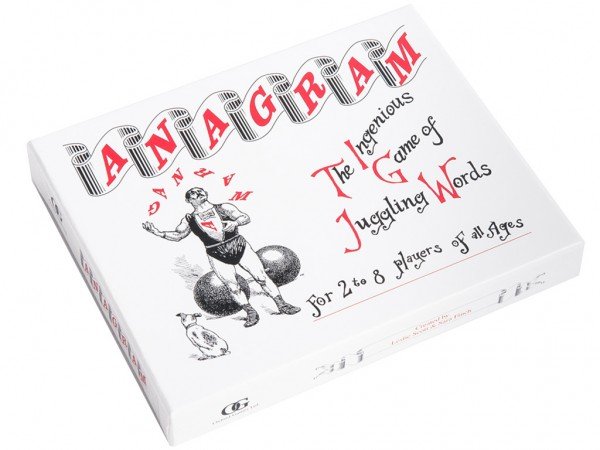